From the “Smarter Than You Think” files:

So, what if I told you that wild dogs are democratic, taking votes on group activities?  No, don’t leave yet! There really is scientific evidence according to an international study done on wild dogs in Botswana.  The study recorded 68 social rallies from 5 different dog packs Dr Neil Jordan, who headed the study says African wild dogs exhibit highly energetic greeting ceremonies called social rallies after rest periods, before they move off together again.  During the rally, the dogs start sneezing.  If there are enough sneezes, the pack goes off hunting and exploring.  If there are not enough sneezes from the majority of dogs, the dogs go back to sleep for a while.

The dominant pair influences the way the pack votes.  If these two didn’t sneeze, then more votes will be required before the pack goes out hunting.

Study first author Reena Walker, of Brown University in the US: “We found that when the dominant male and female were involved in the rally, the pack only had to sneeze a few times before they would move off.  However, if the dominant pair were not engaged, more sneezes were needed — approximately 10 — before the pack would move off”

It gets even more complex:  Each dog’s vote appears to have a unique value in the voting process. Some dogs required more sneezes for their vote to count.  Something to think about next time your excited dog sneezes at you! 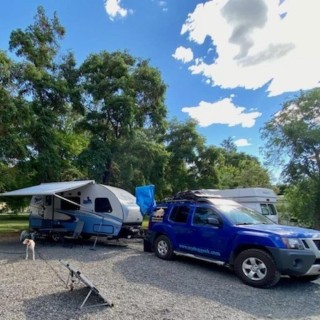